Nekonny has been transformed into a cat against his will. His friends Tina, Yuki travel with him to the island of Caribbean Blue in search of a cure. The locals immediately recognize Tina and Yuki has "Nekocat", legendary warriors intimately tied to the island's history. 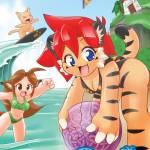 The travelers take up refuge in an old inn owned by a woman named Rose. She has "adopted" a Nekocat of her own named Maya, who is very protective of her only home. As Tina and Yuki get closer to her to find answers to their own mystery, Maya only pushes back harder and harder. 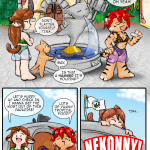 Nekonny believes this island must have the answers he seeks to become human again. If Maya has transformed into a human via the island's legend, it is possible Nekonny could as well. He befriends Maya to both help her find peace with her past and discover the means of transformation she used. 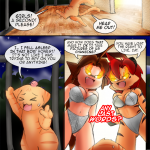 Under a Tropical Sky

Nekonny travels CB as a cat, finding other felines that can speak to him in his form. Her befriends Kimi, Mika and Muna and travels about the island with them, enjoying his feline form for the first time in what feels like months. Just as he's becoming content that life as a cat might not be so bad, the cats accidentally reveal the hiding place of the legendary Nekobell, the key to transformation that Nekonny has sought. Guest Artist: Rogerio Hanata 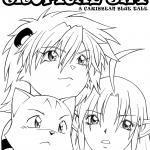 As Nekonny pursues the bell, Tina and Yuki wish to help Rose and Maya's living situation by fixing up Rose's inn and making it palatable to the travelers of the Sunset Queen, a local cruise ship. Maya finds herself often outshone and overstepped by tIna and Yuki, growing further estranged. 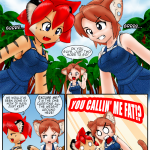 Kimi dreams of her new friend Nekonny and is torn between a future with him and the demands of the island's legend. Spirits speak to Kimi about her role in saving Caribbean Blue. She escorts Nekonny to the bell to discuss the legend and the bell violently reacts to his presence. 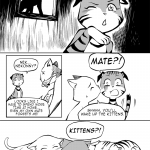 With the bell's hiding place destroyed, the bell was rung once more. The defenders of the island, legendary nekocat spirits, have risen in defense. Nekonny discovers that he's not meant to hold the bell as he'd hoped. 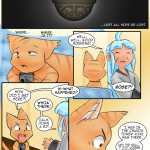 With the bell rung and the island in a panic at the mysterious implications, Tina and Yuki dive for a submarine wreck, which they hope will have further information about the last time the bell was used. Guest Artist: Stephane G. 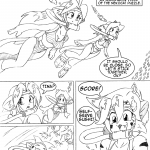 A monster has risen from the sea to the bell's calling before Tina and the others are ready. The single police officer of the island, Alice, battles the beast while Nekonny desperate tries use power he doesn't understand in defense of the island. 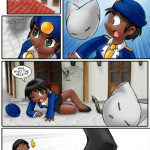 Nekonny is defeated by the Avatar, a beast that seeks Caribbean Blue's destruction. Kimi takes up the mantle he was not meant to wear and fights the Avatar in his stead. Nekonny dreams of his transformation. Guest Artist: Elisa Kwon 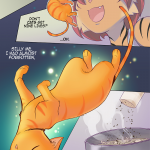 Maya's Nekocat form has been stolen by the bell and given to Kimi for the defense of the island. Maya watches as everything she loved has been taken from her and is plunged into a desperate deal. 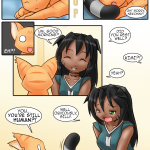 Return of the Avatar

The Avatar returns after rejoining to a larger whole. Alice has translated the writings from the submarine and calls for a Nekocat to fulfill the prophecy, otherwise Caribbean Blue will surely be lost in the second attack. 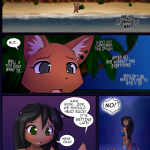 The legend has been fulfilled and Kimi joins the ranks of the Nekocat of legend.